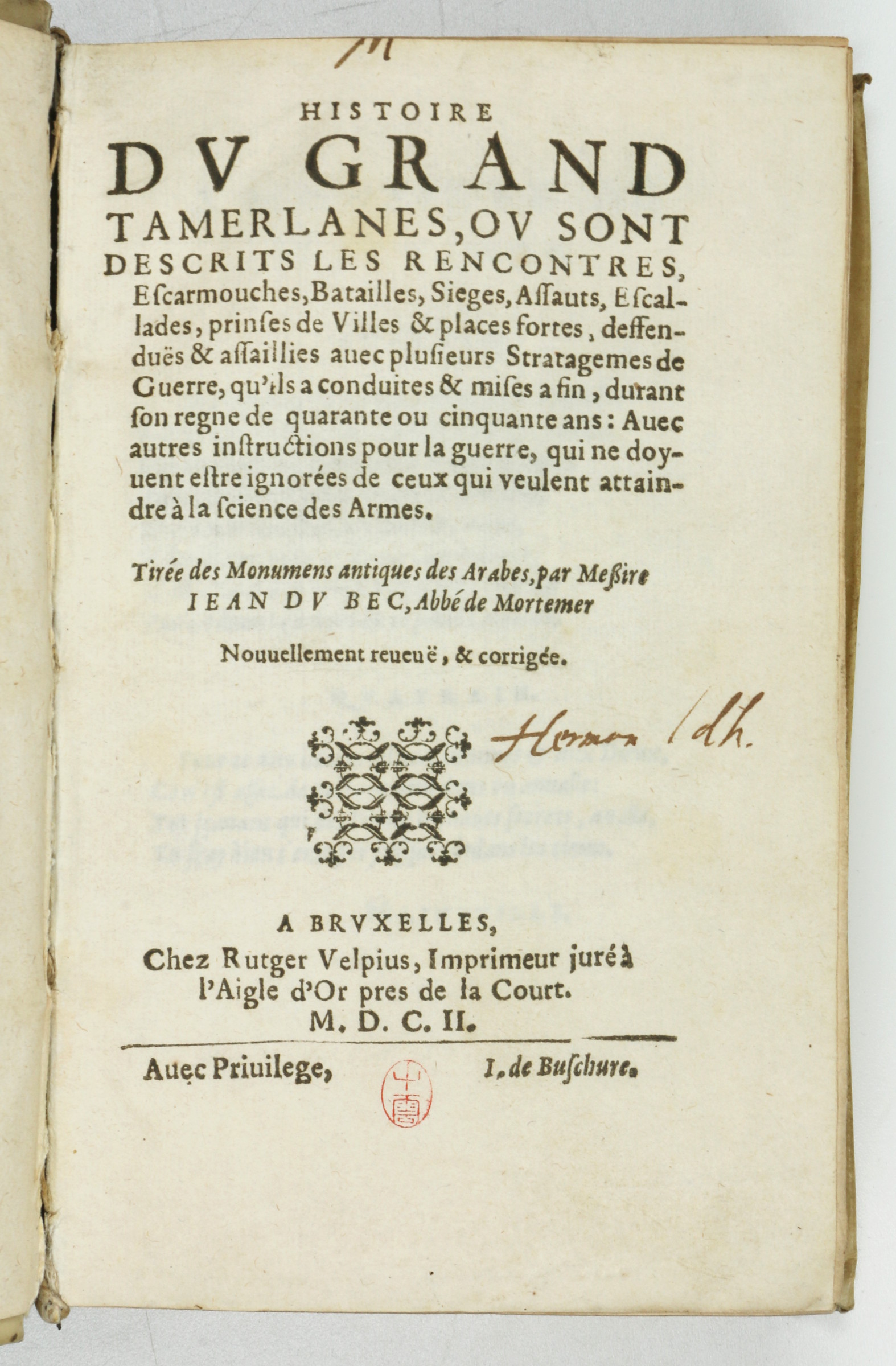 Rare account of the life of Tamerlane (Timur), the successful and barbaric 14th-century Turkish conqueror, based strongly on Arabic sources. Jean du Bec (1540-1610) was Bishop of St-Malo. He had visited the Middle East sometime before he became Abbé de Mortemer in 1578 and was so introduced to an Arabic history of Timur by an author referred to as "Alhacen", which was translated for him by an Arab who knew Italian. His book was first published at Rouen in 1595, shortly after Timur was once more made famous in the West through Christopher Marlowe's play "Tamburlaine" (1590). 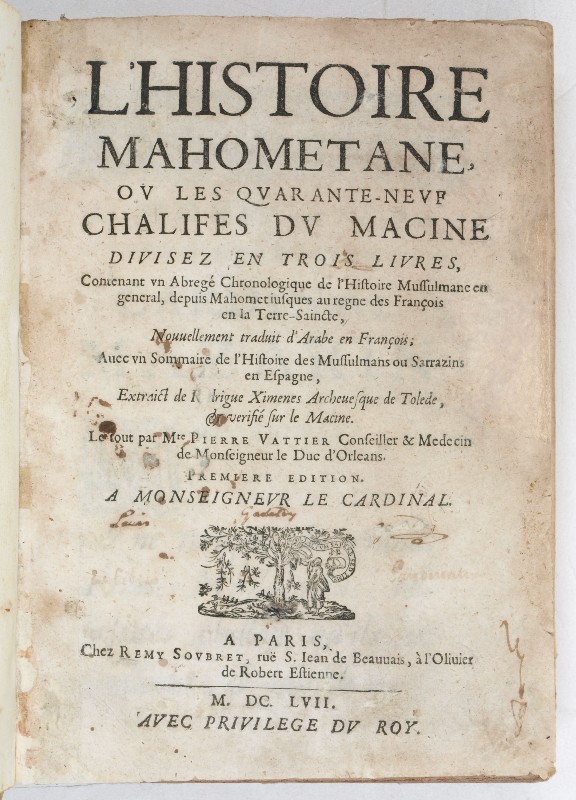 A milestone of French Arabist scholarship in the 17th century. I: First French edition of the "General History of the World" ("Kitab al-Magmu' al-mubarak") by Girgis al-Makin ibn al-'Amid, known in the Latin tradition as Georgius Elmacinus. Born in Cairo in 602 AH (1205 AD) to a Coptic civil servant in the War Ministry, he later served in a similar function in Syria. His chronicle had previously been translated into Latin (by Erpenius) and English (by Purchas); the work "for the first time provided wider circles in the west with an overview of Islamic history from its beginnings to the Crusades and acquainted them with the prime of the Baghdad Califate, previously almost unreceived, through an account ultimately based on Tabari" (cf. Fück).

II/III: First French translation (issued in two parts) of this important critical, at times even satirical eyewitness account of the life of Tamerlane (Timur Lenk), the great Turkish conqueror of the 14th century. "A frequently malicious account, in spite of the panegyrical form in which it is couched" (cf. GAL). Based on the original Arabic text written in 1437-38 by the Syrian author Ahmad lbn 'Arabshah who was secretary to Sultan Ahmad of Baghdad. In the late 16th century Timur was made famous in Europe through Christopher Marlowe's play "Tamburlaine" (published in 1590). The 17th century Western translations of Ibn Arabshah's work "for the first time acquainted the occident with a model of Arabic rhyming prose which also had the power to captivate the reader by its subject, as well as with the elaborate rhetorical style so characteristic of the literary taste of the Orient" (cf. Fück). Pierre Vattier (1623-67), physician to the Duke of Orleans, was the author of several treatises and translations on various aspects of Middle Eastern or Muslim culture.

Some browning and occasional inkstaining throughout. Top spine-end repaired. A good copy. The Macclesfield copy commanded £3,400 at Sotheby's in 2008.