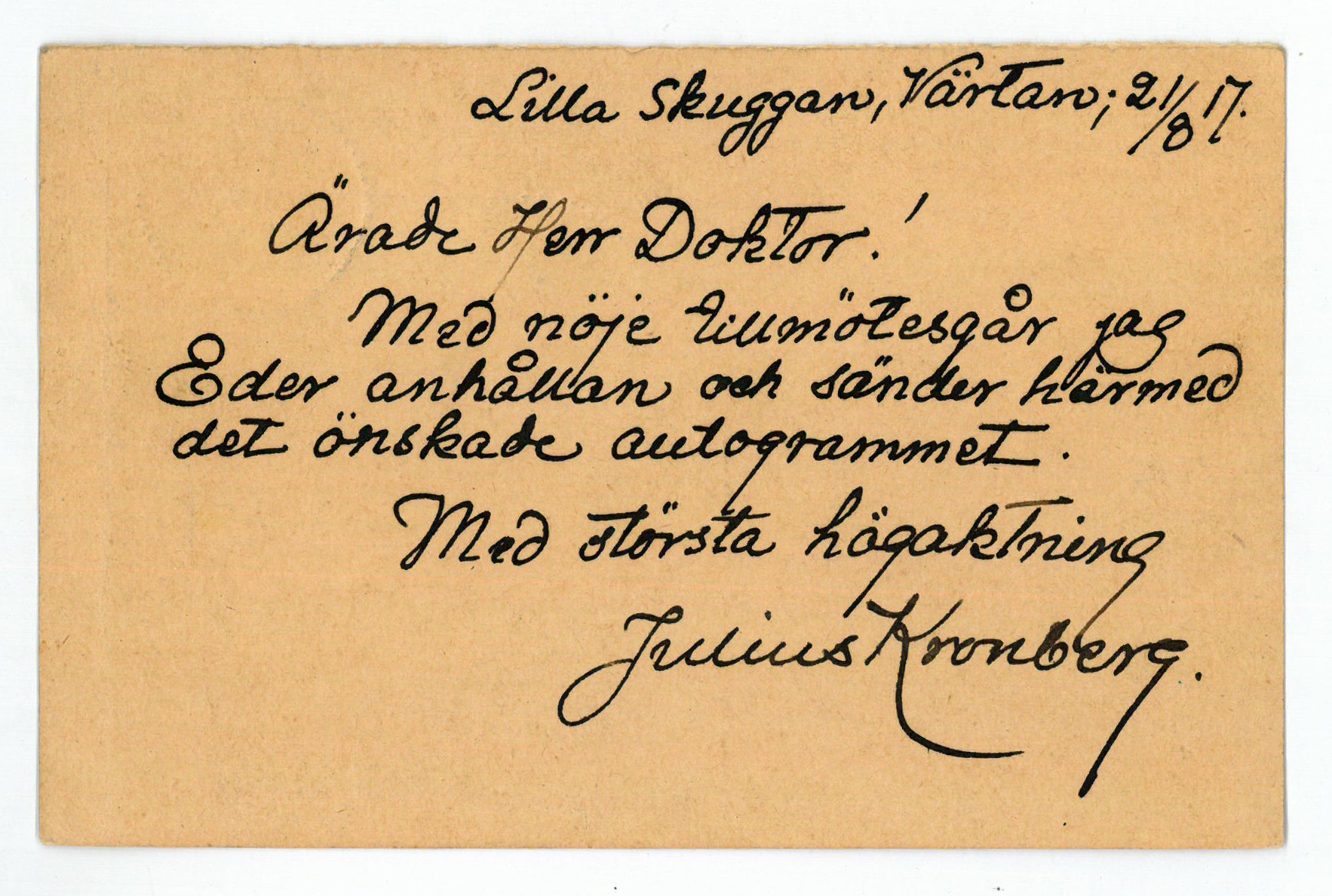 Admitted to the Stockholm Academy at the early age of 14, Kronberg specialized in mythological and religious themes, drawing on the works of Shakespeare as well as the Bible, and created canvases and ceiling frescoes for the Stockholm Palace or the Kronberg Royal Dramatic Theatre.

Postmarks on verso showing through; traces of a vertical fold. Self-addressed by the collector on the reverse. The Mecklenburg physician Scharlau (b. 1888) assembled a collection of artists' autographs by personal application. 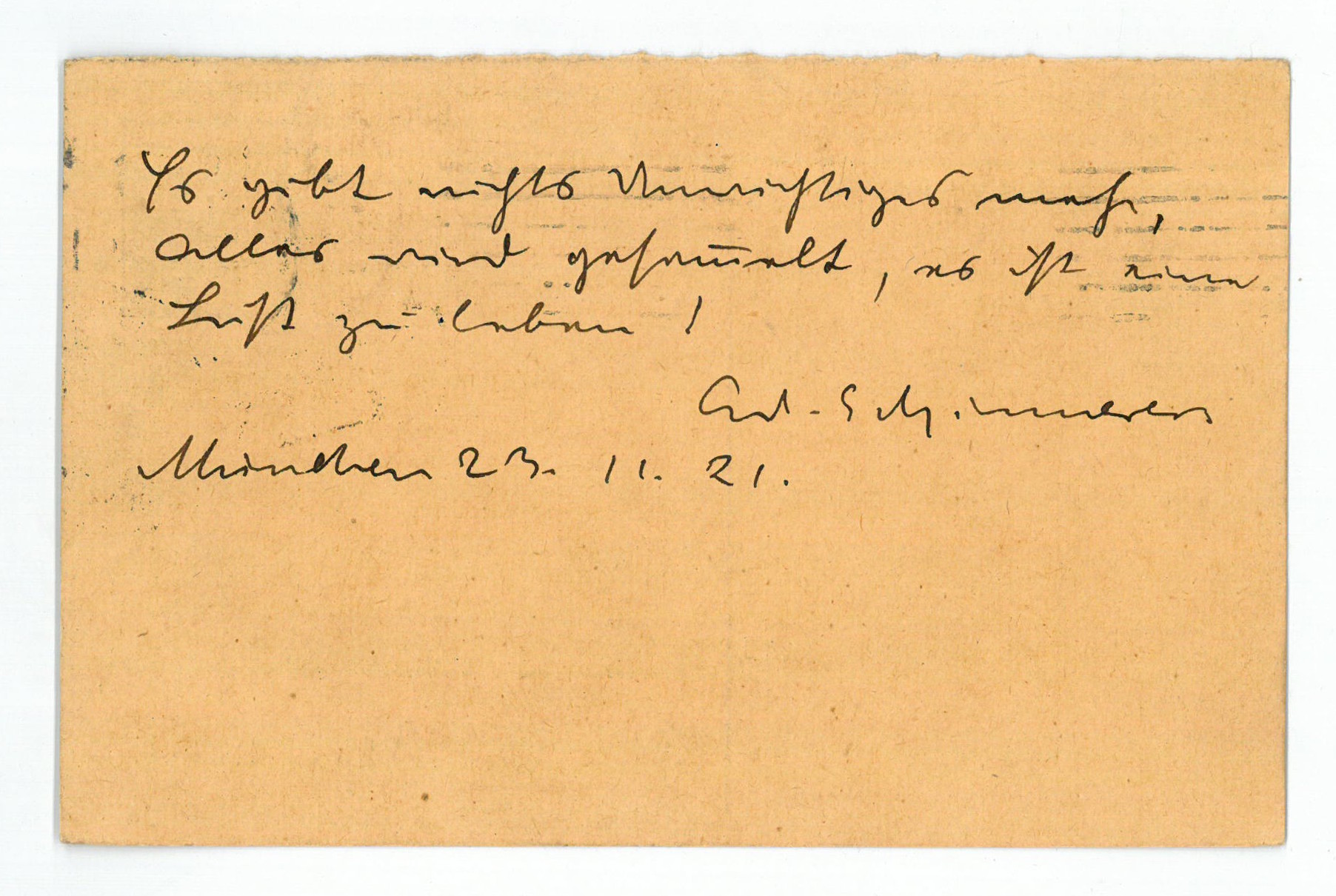 Co-founder of the "Neue Secession" in Munich in 1913, and the owner of a manor in the artists' colony at Haimhausen near Munich since 1918, Schinnerer mainly created landscapes as well as figural compositions, mastered the drypoint technique, and was a successful illustrator of books, including a 1921 edition of Shakespeare's "The Tempest".

Traces of a postal stamp. Self-addressed by the collector on the reverse. The Mecklenburg physician Scharlau (b. 1888) assembled a collection of artists' autographs by personal application. 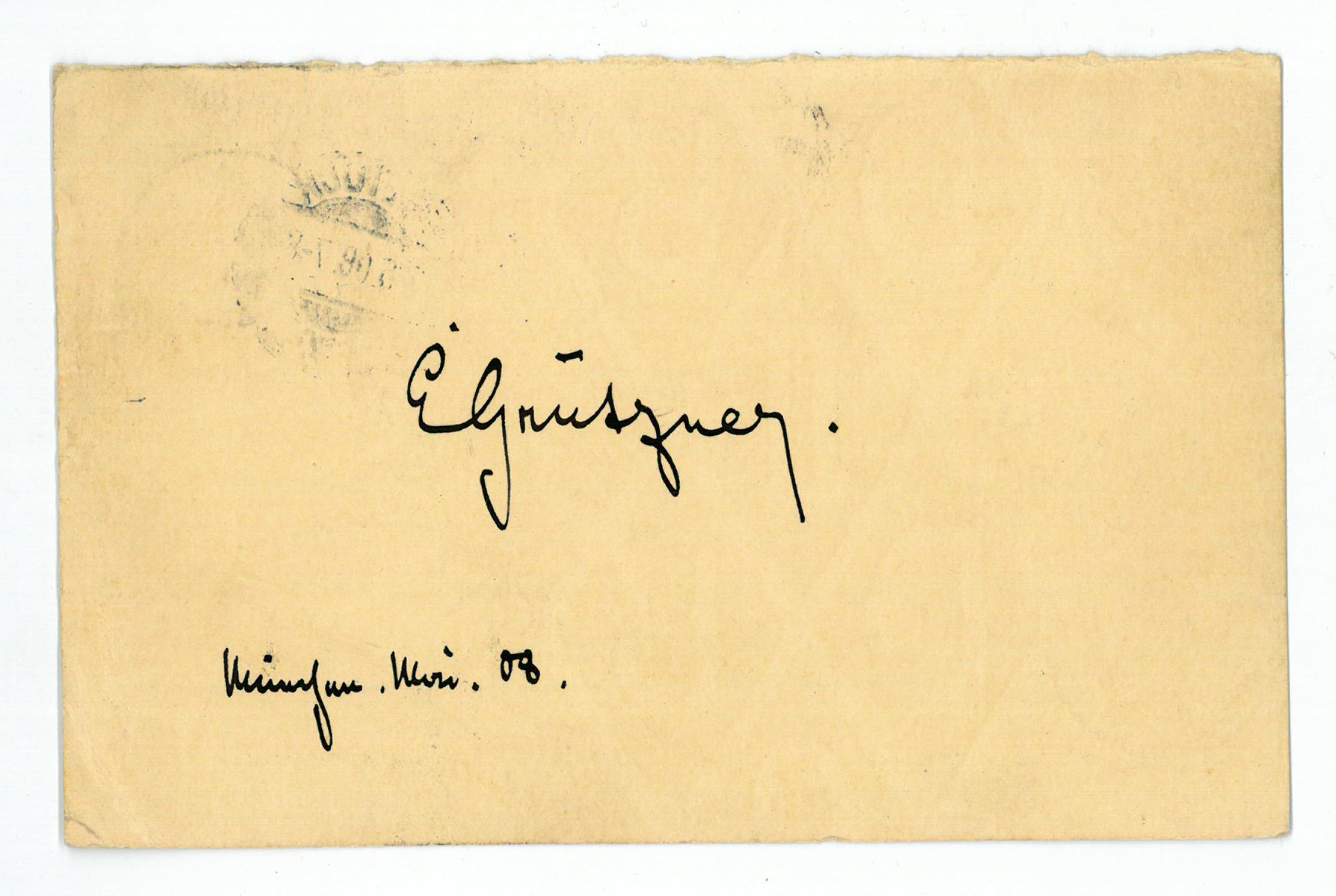 One of Munich's leading genre painters in the second half of the 19th century and an avid art collector, Grützner specialized in painting scenes of monastic life which earned him the byname "Mönchmaler", and repeatedly portrayed the Shakespeare character Sir John Falstaff.

Traces of a postmark. Self-addressed by the collector on the reverse. The Mecklenburg physician Scharlau (b. 1888) assembled a collection of artists' autographs by personal application. 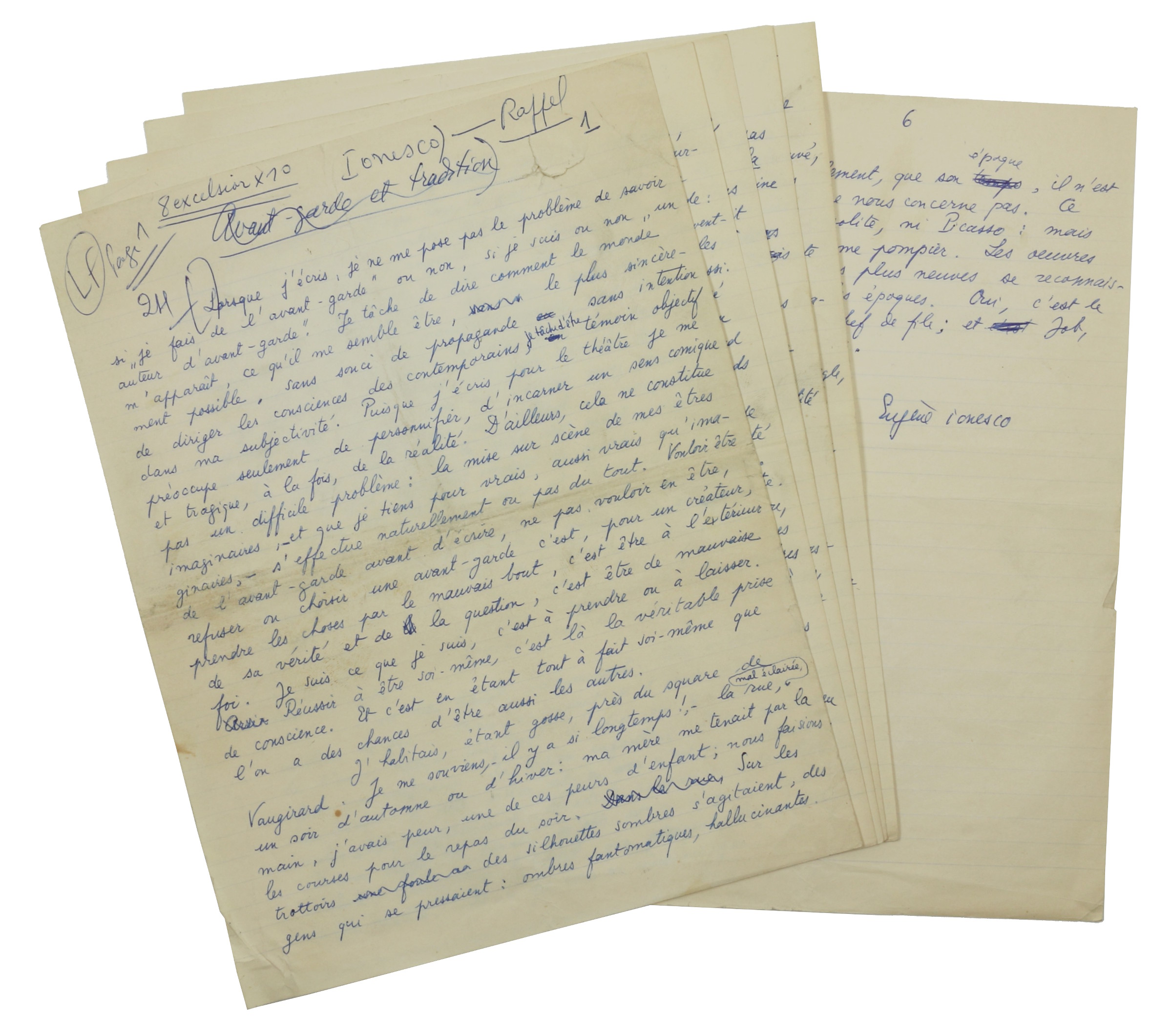 Important text about artistic creation and the avant-garde, published in "Les Lettres françaises" of 17 April 1958 as part of the survey: "What is the avant-garde in 1958?". In Ionesco's view, art must strive to express realities that are "new and ancient, present and inopportune, living and permanent, particular, and, at the same time, universal". A label like "the avant-garde" is a mere afterthought to this goal: "To want to be part of the avant-garde before writing, not to want to be part of it, to refuse or choose an avant-garde is, for a creator, to construe things the wrong way round". For Ionesco the avant-garde is "only the current, historical expression of an inactual actuality (if I may say so), of a trans-historical reality". Therefore he is very sceptical of political art, as the work of art "is nothing if it does not transcend the temporary truths or obsessions of history". Several artists, historical and biblical figures are mentioned as examples of the "profound universalism" Ionesco is arguing for, including Buddha, Shakespeare, the Spanish mystic Juan de la Cruz, Proust, Chekhov, Brecht, and Picasso. In his own work, Ionesco tries "to say how the world appears to me, what it seems to be for me, as sincerely as possible without concern for propaganda, without intention of directing the consciences of contempraries. I try to be an objective witness in my subjectivity". The essence of his theatre is the contradictory, the absurd: "Since I write for the theatre, I am only concerned with personifying, embodying a comic and tragic sense of reality at the same time." Ionesco describes a childhood memory of a senseless act of violence which first invoked the feelings of vertigo, anguish, and transience that he tries to convey in his art: "I have no other images of the world apart from those, expressing the ephemerality and the harshness, the vanity and the anger, the nullity or hideous, useless hatred. This is how existence continued to appear to me". In closing, he aims to reconcile avant-garde and "living tradition", past and present: "One has the impression, also, that the more one is of one's time, the more one is of all times (if one breaks the crust of superficial topicality) [...] The youngest, newest works of art are recognizable and speak to all eras. Yes, King Solomon is my leader; and Job, this contemporary of Beckett".

With a stricken-out title "Avant-garde et tradition", corrections, and typograph marks. The first three pages with a tear minimally affecting the text. Some black fingerstains and stains, minor tears, and browning. 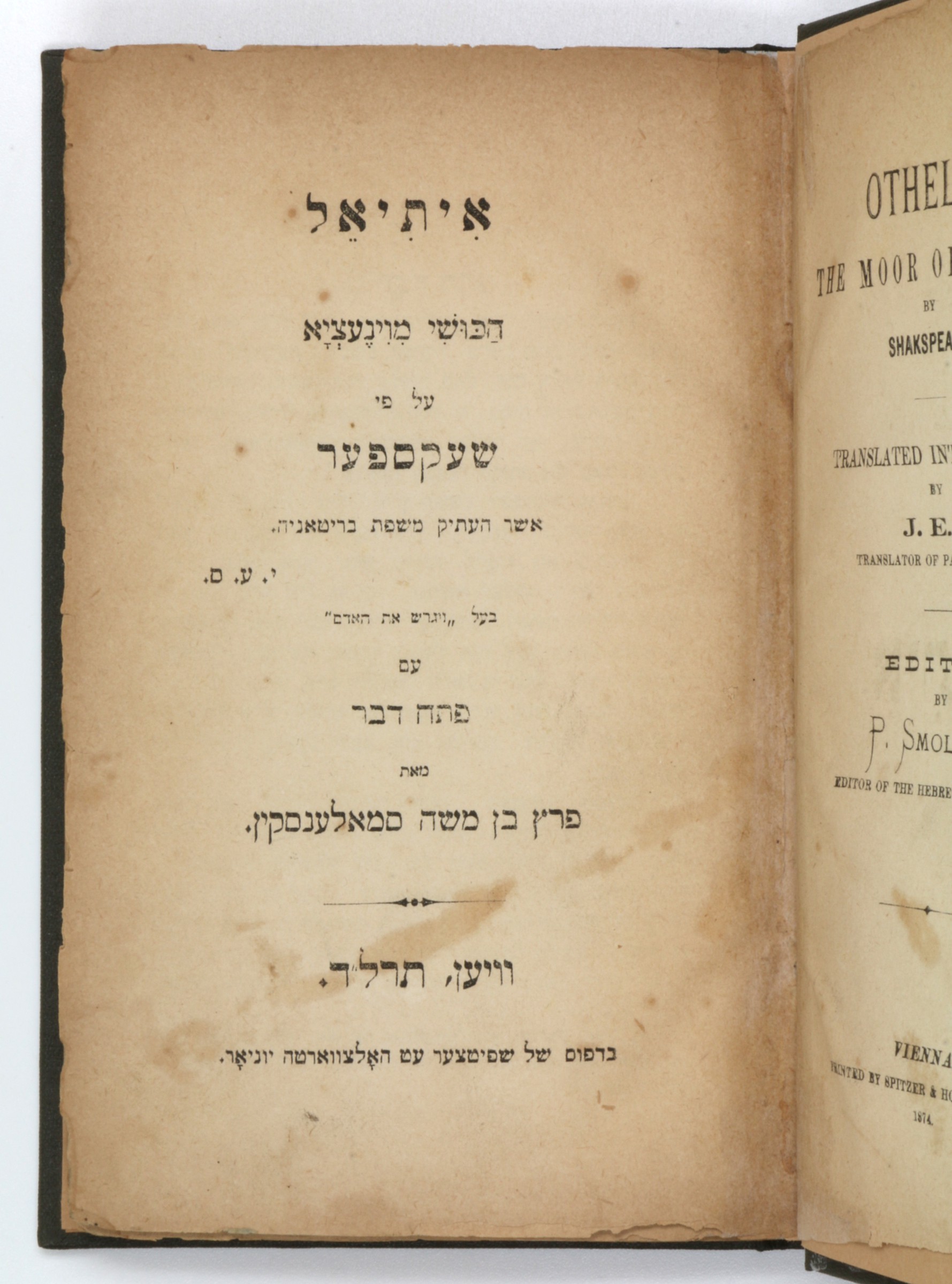 First Hebrew edition: the first translation of any of Shakespeare's plays into the Hebrew language. Perez ben Moses Smolenskin (1842-85), the editor, writes in the the introduction: "Shakespeare’s plays in the Holy Tongue! … what a great prize the translator of these plays has brought into the treasure-house of our language." Smolenskin, born in present-day Ukraine, enjoyed a traditional education, studied languages and eventually settled in Vienna, where he founded the journal "Haschachar" ("The Dawn") in 1868, a trailblazing publication for Hebrew literature and language, as well as for the Jewish national idea.

"The first Hebrew Shakespeare translations are a product of the Haskalah, or Jewish Enlightenment. [...] Maskilim, adherents of the Haskalah, sought to promote greater integration of Jews into their European host societies with a view towards eventual emancipation. [...] A central element of the Maskilic project was the creation of a modern literary culture in Hebrew including genres that had not previously existed among Ashkenazic Jewry" (Kahn, p. 1). As early as 1816, Salomo Löwisohn offered 15 lines from "Henry IV, Part 2", and between the 1840s and the 1870 a half-dozen fragments (mainly monologues) from "Hamlet" and other plays were translated into Hebrew, all via German. "This early period of marginal Hebrew Shakespeare translation ended with the publication of I. E. Salkinson's Hebrew translation of Othello, 'Ithiel the Cushite of Venice' (Vienna, 1874). Salkinson's 'Ithiel' marked the beginning of a new era in the story of Shakespeare in Hebrew because it was the first rendition of a complete play to appear in the language and the first to gain widespread critical attention in Maskilic literary circles. In addition, it was the first Hebrew Shakespeare version to be translated directly from the English original" (Kahn, p. 3).

The talented linguist Isaac Edward Salkinson (1822-83), a native of Vilna, settled in Vienna, having converted to Protestantism in London and served as a Presbyterian priest in Glasgow. He also translated "Romeo and Juliet" as well as Milton's "Paradise Lost". 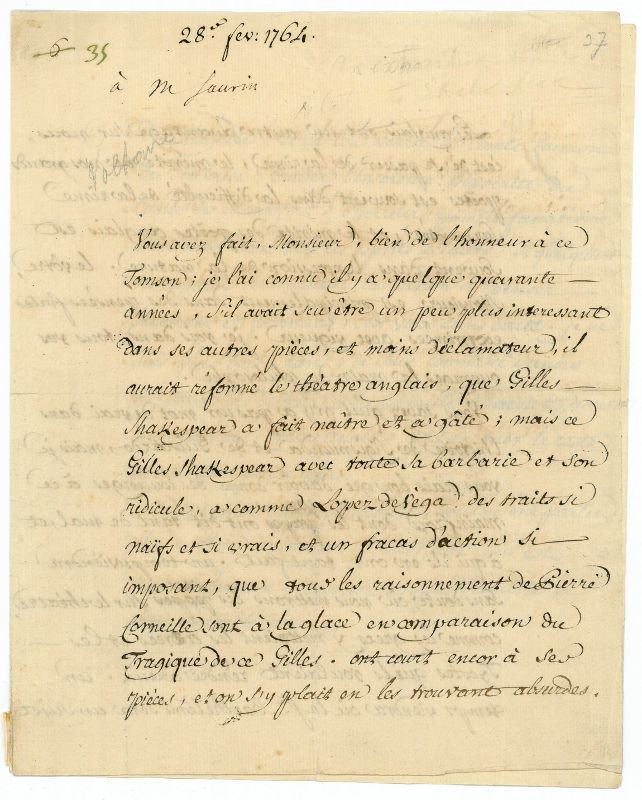 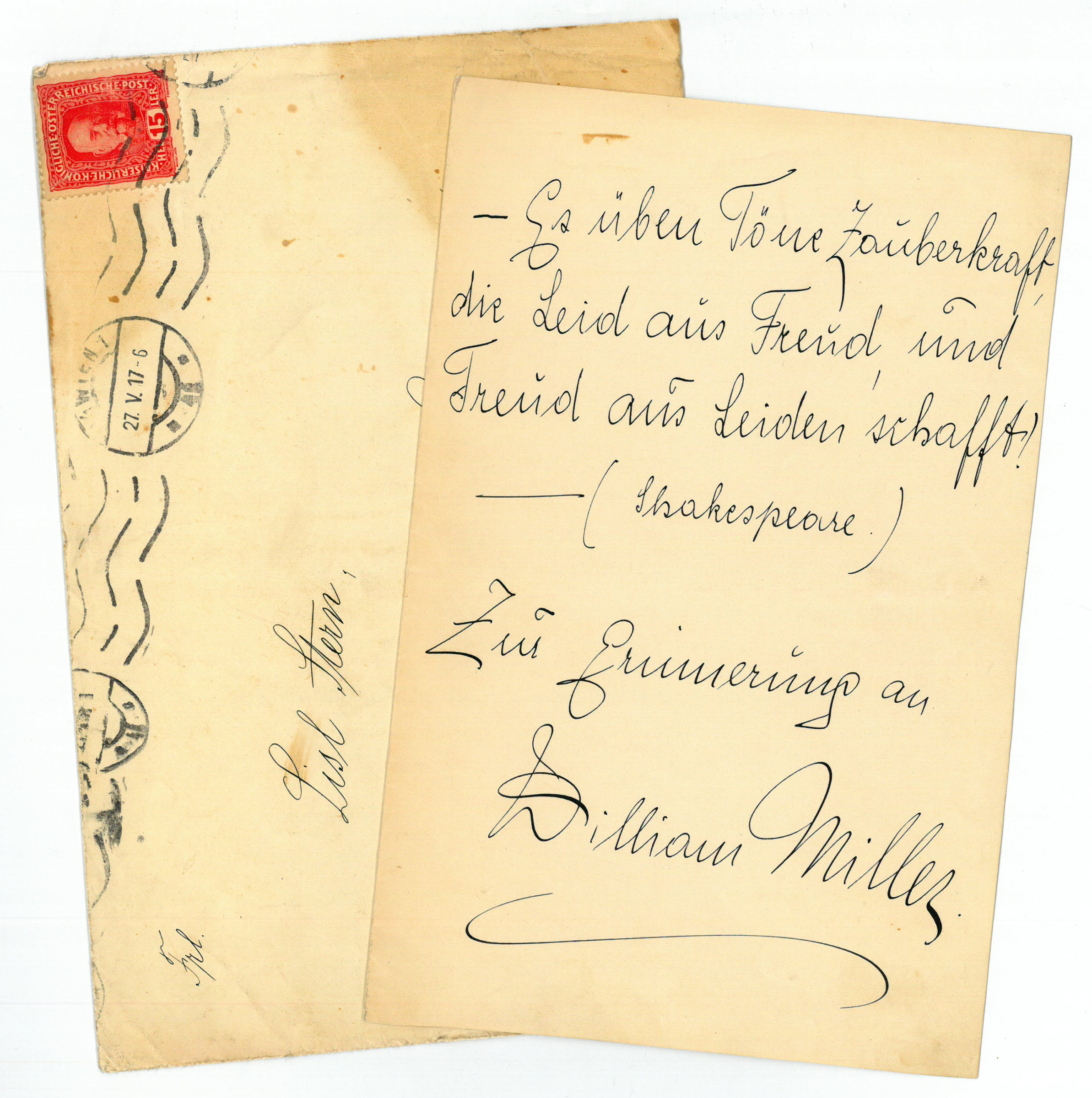 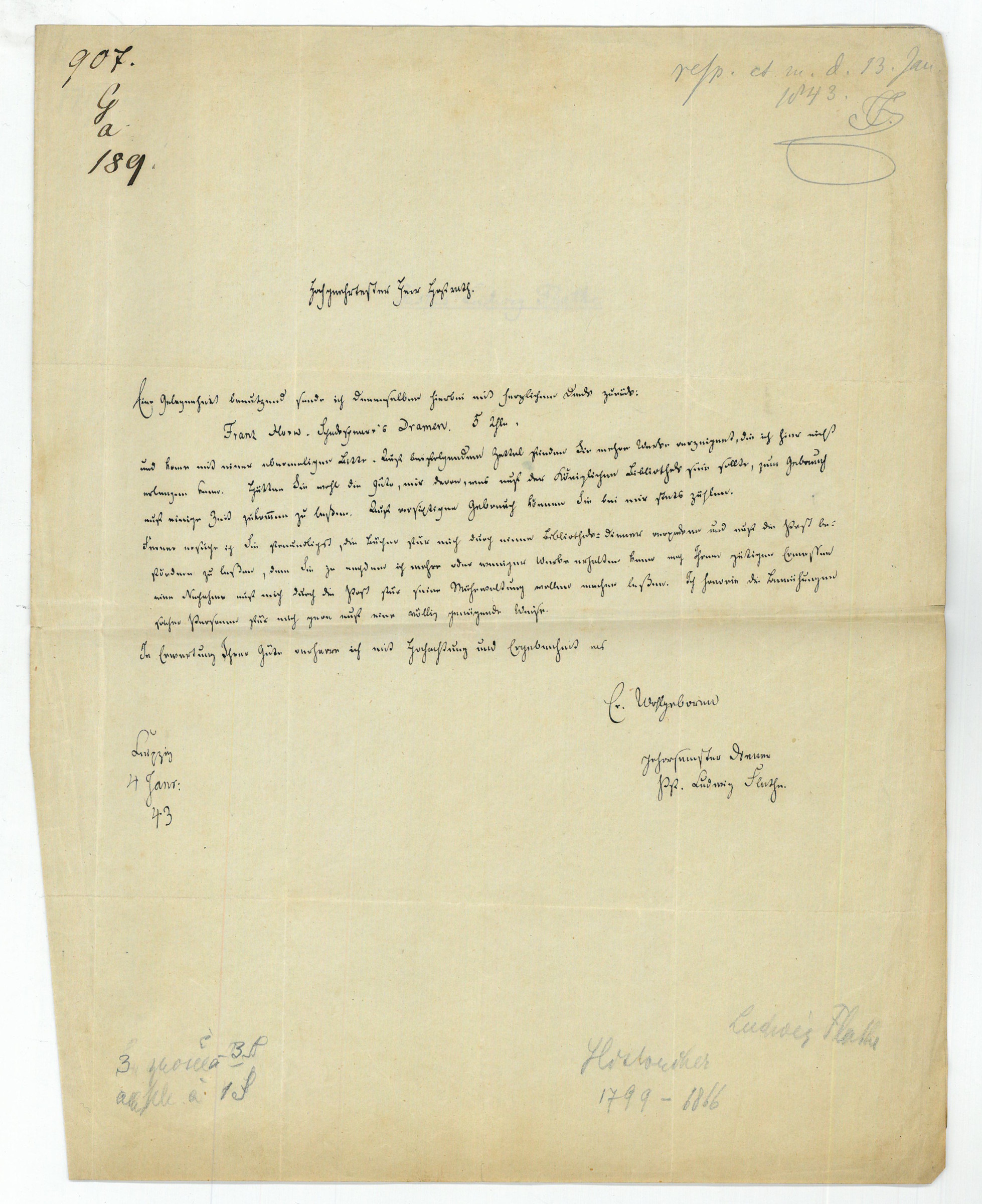 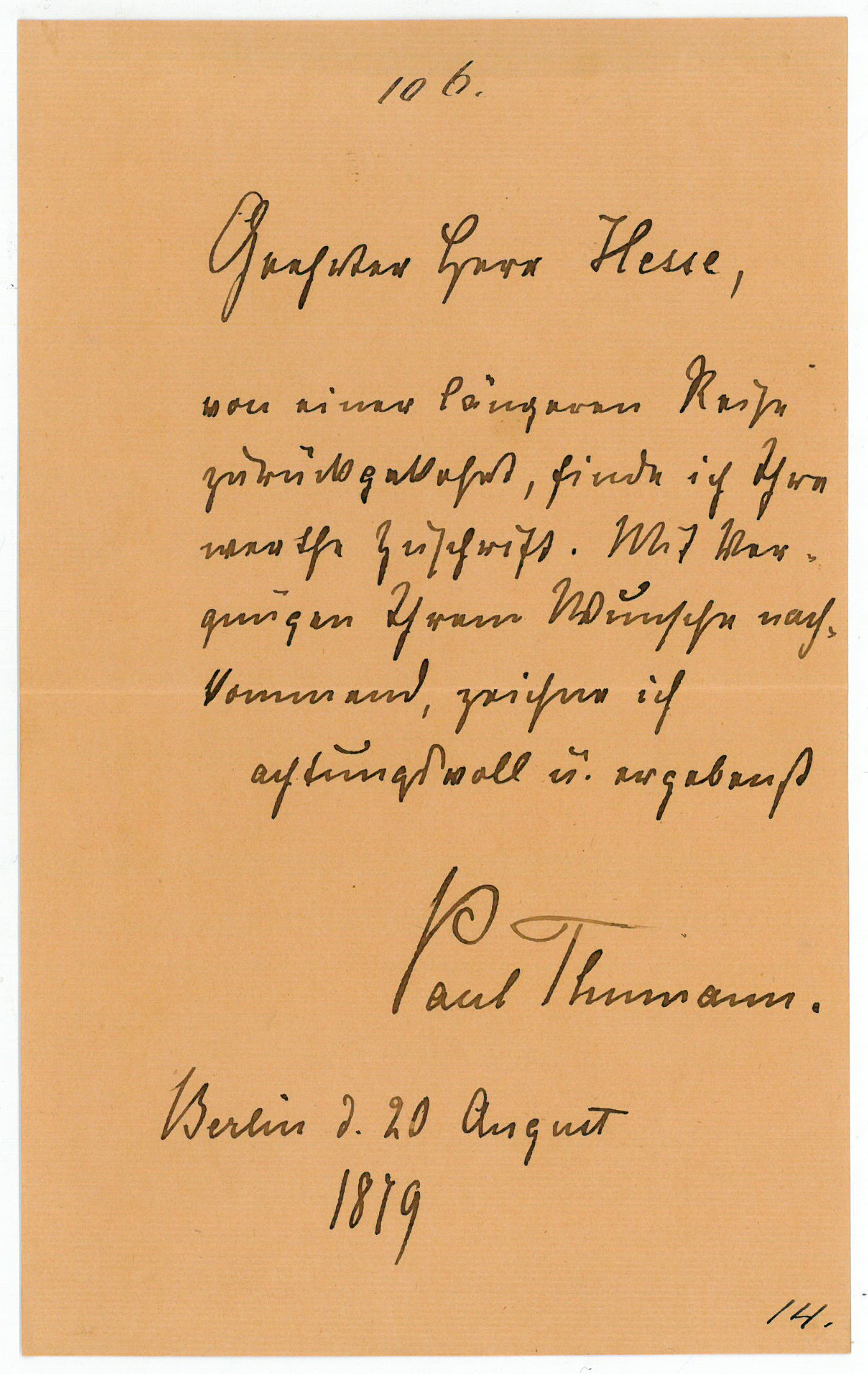 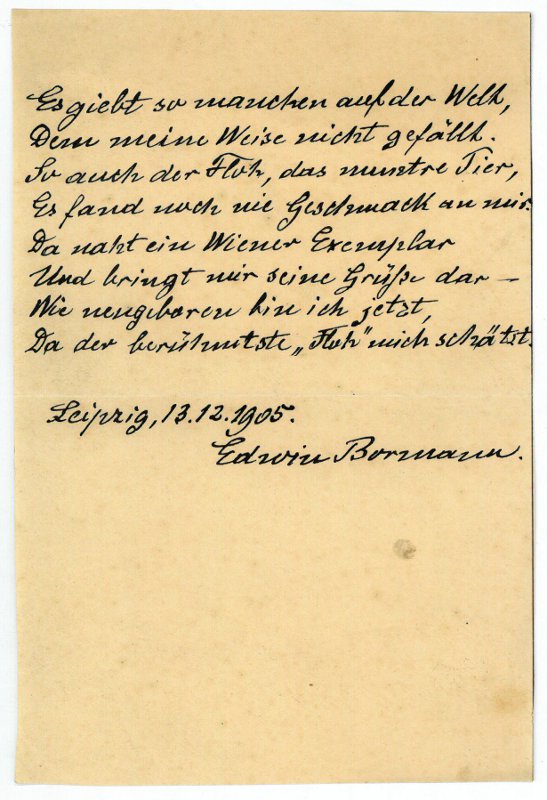 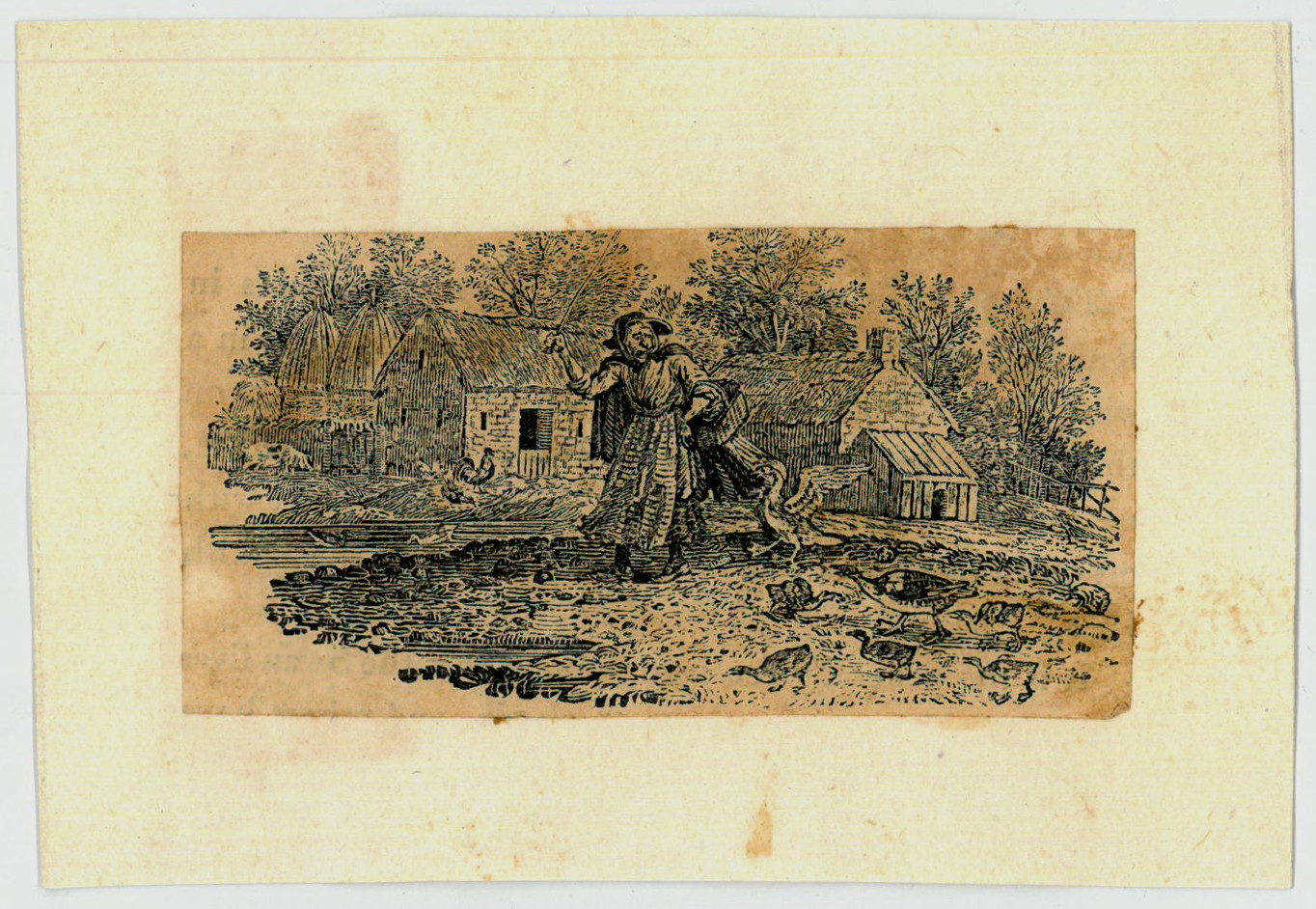 A quotation from Shakespeare's Henry IV Part I (Act 5, Scene 4): "But now two paces of the vilest earth is room enough. This earth that bears thee".

The pretty wood-engraving showing a peasant woman beating a goose with a cane is a clipped tail-piece from Thomas Bewick's "A History of British Birds" (vol. 2, London 1804). 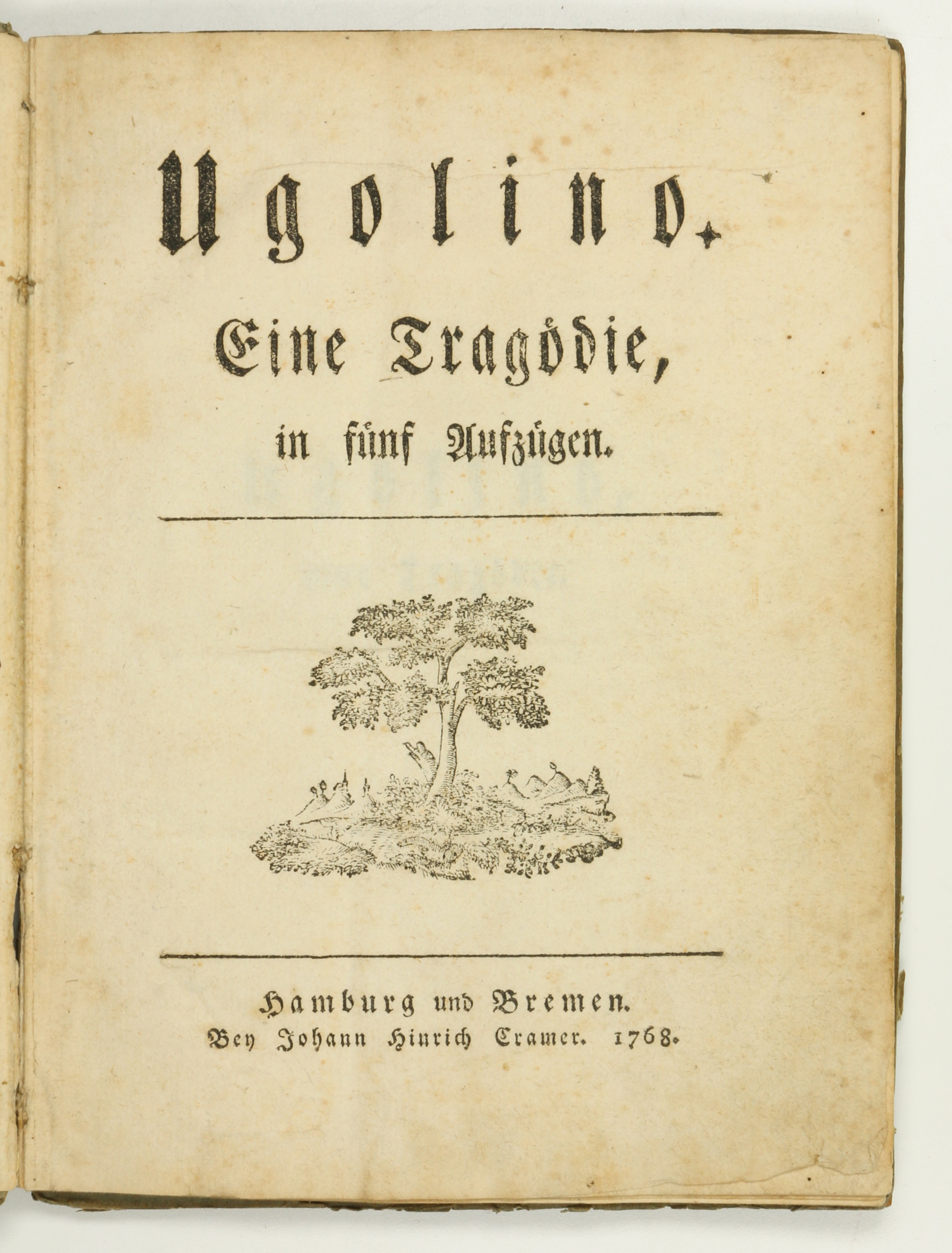 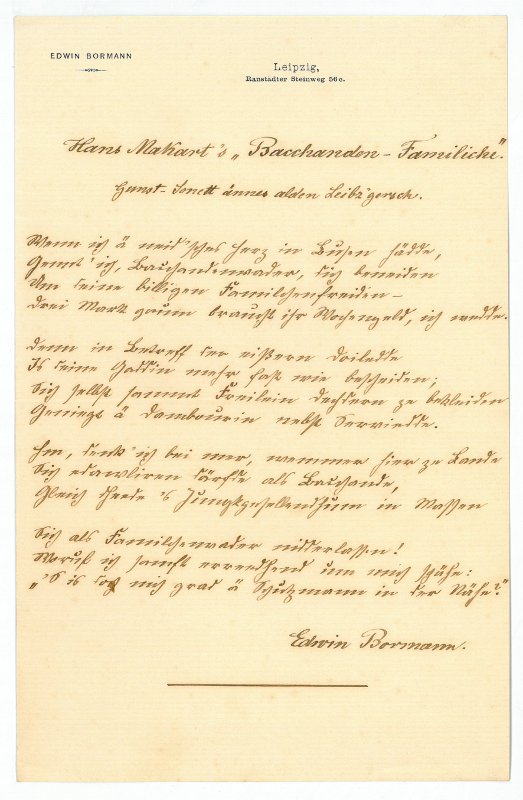 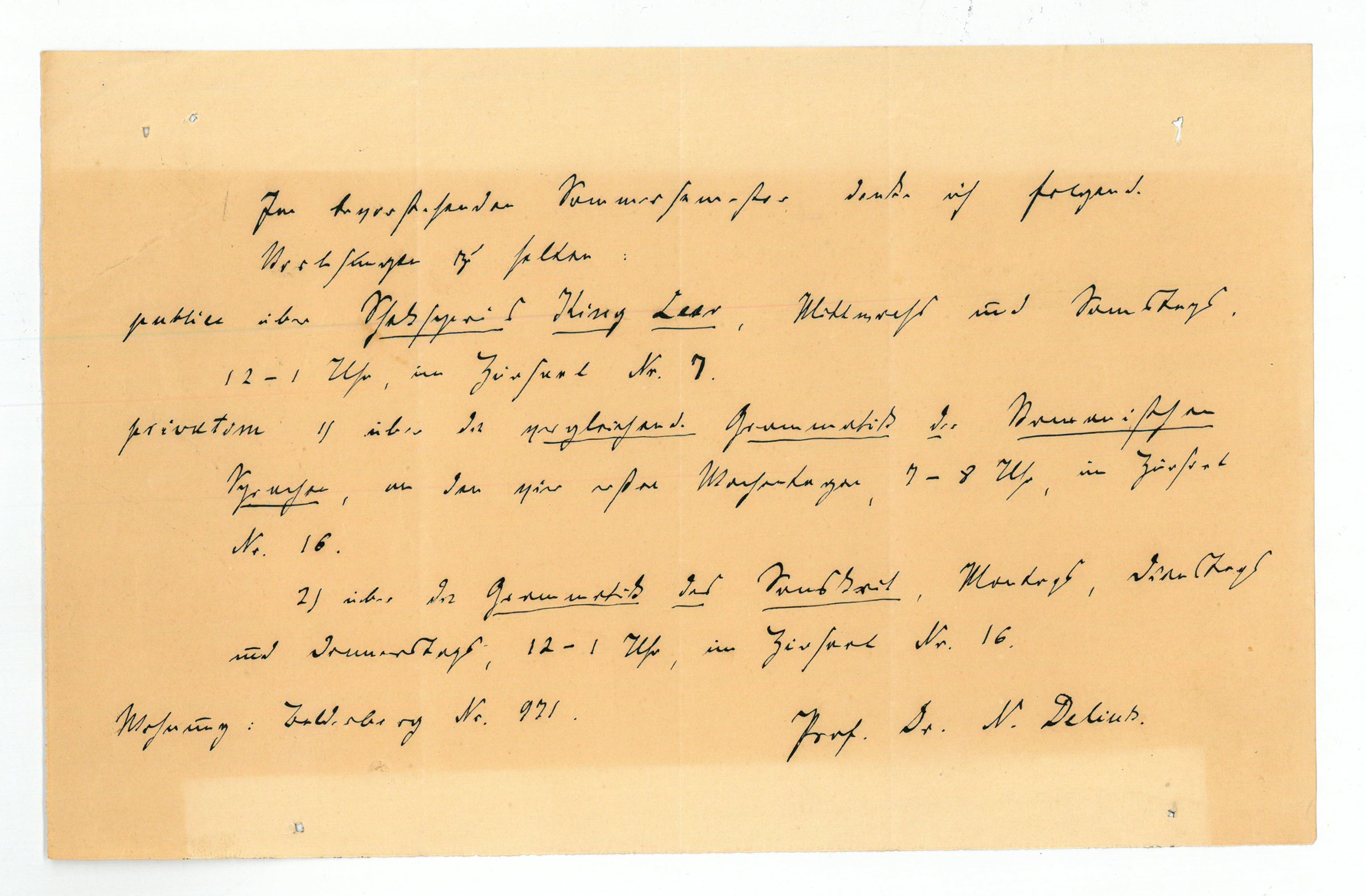 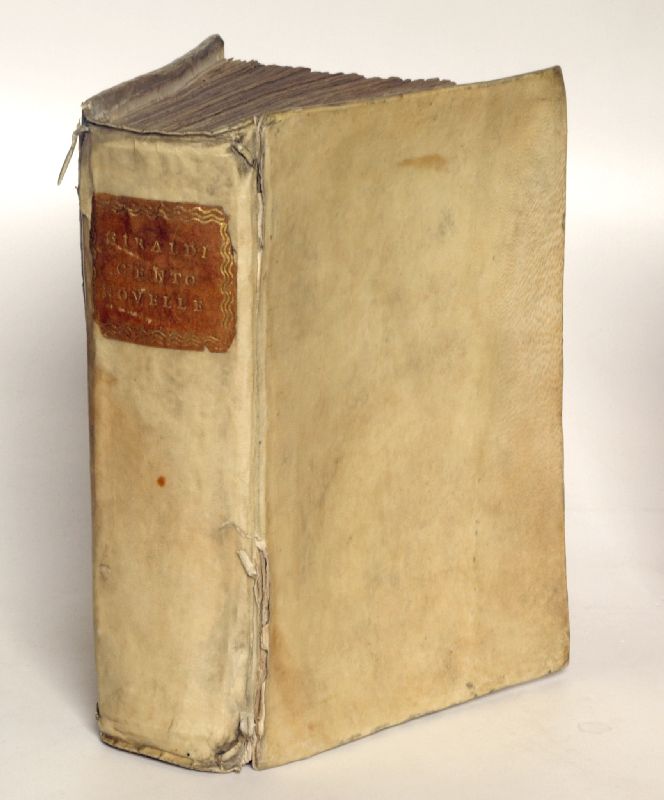 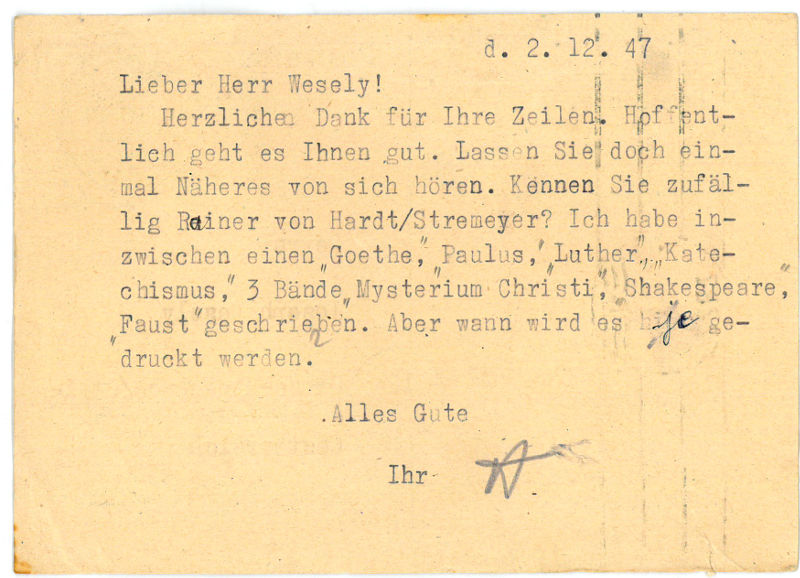